Sunshine Coast Therapy For Pain Relief: Ultimate Way to Give Inflammation and Pain the Cold Shoulder

Unfortunately, for many of us on the Sunshine Coast, suffering from pain and inflammation is a common occurrence that has a huge impact on our day-to-day lives.

Living with chronic pain and inflammation can stop us from doing the things we love and limit many aspects of our lives such as working and socializing.

It can also have a significant impact on overall mental and physical health. If you’re tired of letting chronic inflammation and pain stop you from living your life to the fullest, cryotherapy may be the solution for you.

What Exactly is Chronic Inflammation?

Inflammation is the body’s response to fighting against things that are trying to harm it such as infections or injuries. However, when this response lasts for several months to years, this is known as chronic inflammation.

It can be caused by untreated acute inflammation, autoimmune disorders and long-term exposure to irritants. Common symptoms include fatigue, fever and pain. Chronic inflammation can be associated with a number of health problems such as:

There are a number of natural ways to help fight chronic inflammation such as focussing on your diet, exercising more and reducing stress. But one natural and extremely effective treatment that you may not know much about is cryotherapy.

So, what is Cryotherapy? 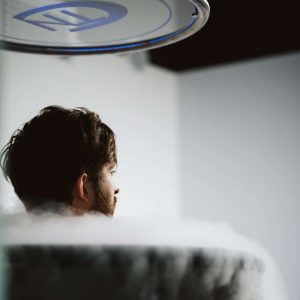 Cryotherapy, also known as cold therapy for pain relief, is the process of exposing your body to extremely low temperatures of -120 to -140 degrees Celsius.

How Does Cryotherapy Work for Pain Relief and Inflammation?

There are a number of different health problems that cryotherapy has been successful in treating. Some of these include:

So, if you’re sick of letting chronic inflammation rule your life, why not try giving pain the cold shoulder with cryotherapy for complete pain relief? With many people seeing life-changing results, cryotherapy may just be the miracle solution for you.

If you want to know how cryotherapy can improve your quality of life, contact us to find out more.